Born in Honolulu and learning to surf on Waikiki Beach, Carissa Moore has dominated the surf world since she was a pre-teen—and this summer the now 29-year-old became the first woman to ever win a gold medal in Surfing's Olympic debut in the 2020 Summer Games in Tokyo.

Carissa started surfing at just 5 years old, where she grew up hitting the waves with her family on the beaches of Oahu. Since then, she's gone from being unstoppable in amateur contests to becoming of the most successful surfers of all time—and proving she’s a force to be reckoned with.

At an early age, Carissa was already executing difficult surfing moves. At 11, she began competing in National Scholastic Surfing Association Championships junior contests, winning 11 titles. And at 16, she became the youngest-ever champion at the Reef Hawaiian Pro when she won the Triple Crown of Surfing event.

A Lifetime of Firsts

The award-winning surfer’s other firsts include being the youngest person to ever win a surfing world title. At 19, she earned her first ASP Women’s World Championship becoming the youngest winner in the tour's history. Carissa has been inducted into the Surfer’s Hall of Fame, and she's been recognized as the Top Female Surfer in SURFER magazine multiple times.

In 2016, the state of Hawaii recognized her achievements with her own holiday: Carissa Moore Day each January 4th. And this surf pro’s achievements and contributions don't stop once she reaches land—she also has made an impact on the local community.

Carissa is not only a World Surfing Star, an Olympic Gold Medalist, and a legend in her own right but she’s also an avid supporter of the Aloha lifestyle. Inspired by the "Father of Surfing" Duke Kahanamoku—who gave back in his era, from training volunteers in water lifesaving techniques during World War II to raising funds for the American Red Cross—Carissa is passionate about giving back via the gift of surf. Three years ago, she started the Moore Aloha Charitable Foundation to empower young women both in and out of the water. The character-building and mentoring program encourages women to be strong and confident by using surfing as a platform. 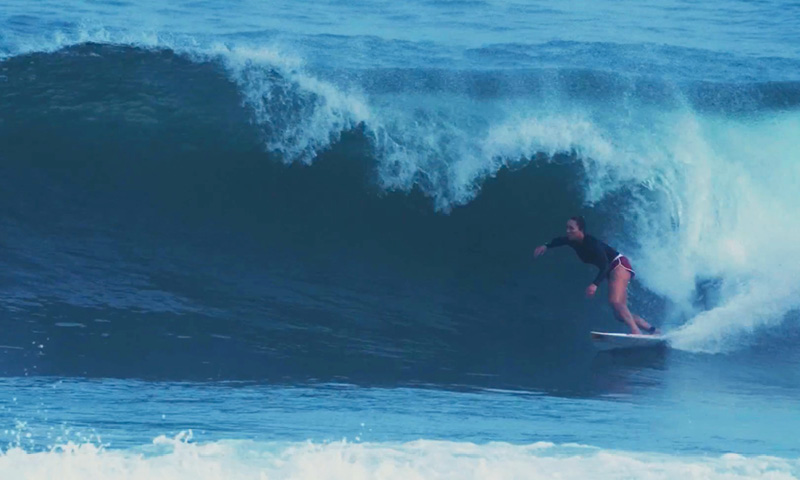 From surf legend Kelly Slater to Endless Summer II star Robert "Wingnut" Weaver, our Surfers in Residence program lets viewers get up-close and personal with the who's who of the surf scene with interview spotlights and more. Check out the program at Outrigger Waikiki Beach Resort for the latest, and grab a board and come surf the iconic Waikiki waves with local stars at the Faith Surf School.

Check back at our blog and on our socials to hear Outrigger's live chat with Carissa—and learn more about the cool connection of Olympic Surfing and art at our interactive exhibit at Outrigger Waikiki Beach Resort in collab with the Bishop Museum.